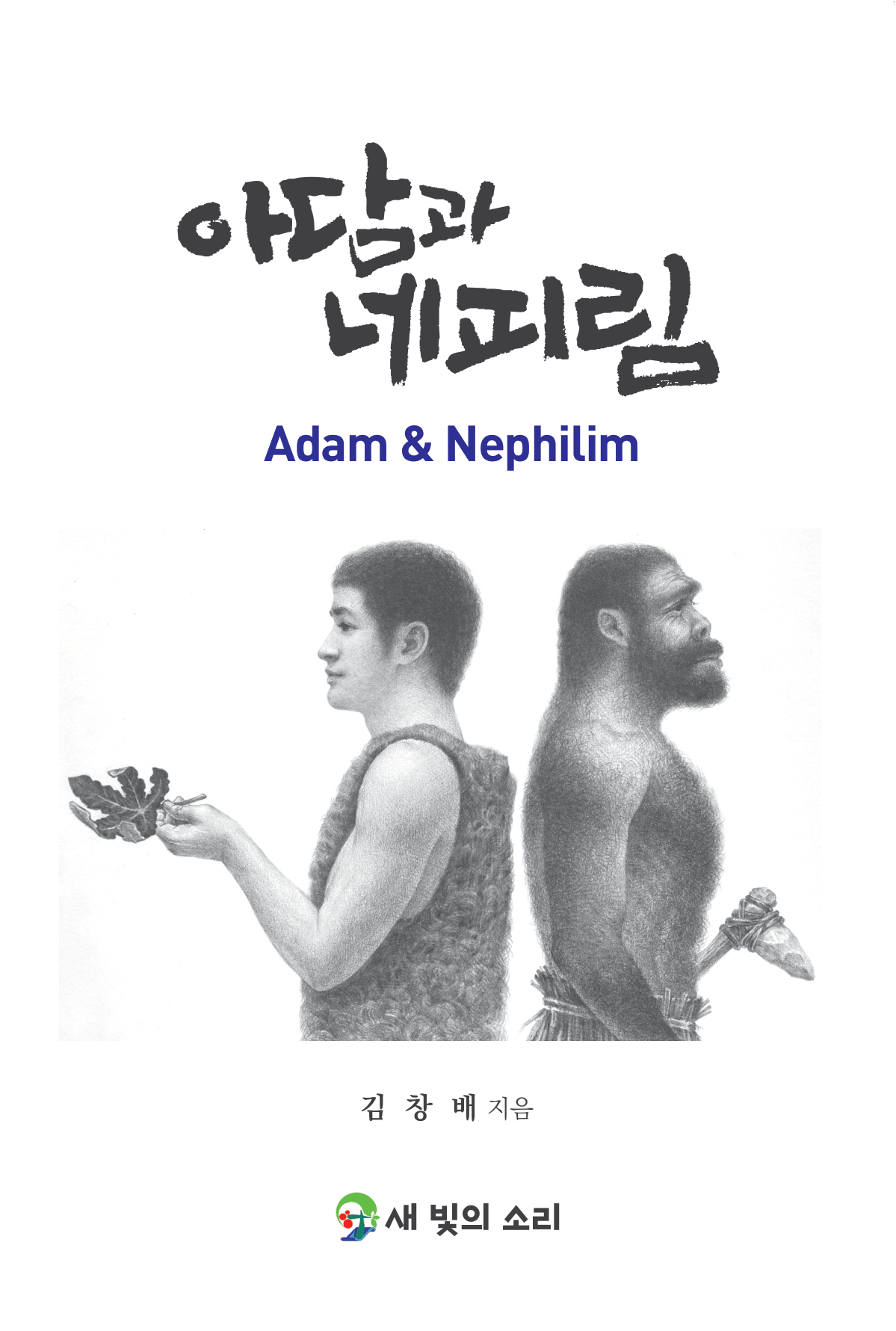 Chapter 1 The two ancestors of mankind - Adam and Nephilim

The third day of creation - Adam

Numerous challenges in the Bible due to a false initial premise

The reason why Cain became a fugitive

The era when Adam and Eve produced Cain and Abel

The reason why the nameless people would try to kill Cain

Chapter 3 The DNA of Eve and the Female are different

DNA that recognizes God - Yes vs. No

Creation period - after Adam vs. same as the Male

Given food - spiritual food (the Word) vs. earthly food

Chapter 4 Who was the woman that Cain met and married in the land of Nod?

Evidence that Cain’s wife was not a descendant of Adam

“The land of Nod” that became the Babylonian region

Chapter 5 The offerings and sacrifices of Cain and Abel

Cain, the founder of shamanism and prosperity gospel

Abel, the ancestor of faith, who recognized the kingdom of God and its righteousness

The fruits of evil that manifested through Cain's offering and sacrifice

The fruits of good that appeared through Abel's offering and sacrifice

The genealogy of Cain: the offspring of the serpent emerge

The genealogy of Seth: the appearance of the offspring of the woman

From singular “heaven” to plural “heavens”

Above and under the firmament where the water of life flows

The original earth was without form and void

The original heaven and earth are the source of human life

The creations of Genesis 1 and 2 are different

The process of creating man are different

The first temple on Earth: the Garden of Eden, the spiritual world

Tree of knowledge of good and evil - God’s Law

Why Adam and Eve had to leave the Garden of Eden

Chapter 9 The descendants of Cain - the mixed-Nephilim

The Law era foretold before the flood of Noah

The Gospel era foretold before the flood of Noah

The spring feasts of the Lord revealed through Enoch’s death

The prison that was prepared by Enoch and its purpose

The pure-blooded Nephilim that existed before the flood

The preparation of the prison

The stump of the kingdom of priests - Noah's third son, Shem

The significance of the mountain requested by Caleb

I was a man who wasn't aware of God by any means. On the first day of my visit to a Korean church in Los Angeles, through the invitation from an associate in 1994, the Holy Spirit appeared to me exquisitely, and for the first time in my life I experienced the actual presence of God. From that day forward, I spent my time throughout my thirties, forties, and fifties serving the church with joy and dedication.

I was encouraged by many pastors, who deeply cared about me, to study theology and take the road leading to being a pastor. However, it wasn’t my calling to attend seminary classes, instead God trained me as a prayer intercessor and gave me a heart to pray for all nations for over 20 years. Through these small prayer meetings, I was led to encounter the God who is living and active.

Over the years, God anointed me every day and for all intents and purposes, revealed to me the secrets of His profound and hidden spiritual world. I was astonished to learn that the mystery of the redemptive history that fulfills the kingdom of God is contained in the structure of the tabernacle and the components in it. What also enlightened me was that the exact time of the mystery of Christ's Second Coming, in accordance to God's timetable, was prophesied in the Everlasting Gospel, which is recorded in the book of Revelation. The time is set by the Seven Feasts of the Lord, the Jubilee system, the Last Seven Years of Great Plenty, and the Seven Years of Famine in the period of two Sabbath, and this was prepared for the last Jubilee generation.

I truly desire for the Everlasting Gospel, which will be delivered as new food of life during the last day, to be re-prophesied to the churches and saints of the nations, to prove the infallibility of the Bible by revealing the truth of the Bible that has been silenced for thousands of years, and to restore the spiritual worship that will rebuild the walls of the nations that have collapsed in this era.

The purpose of this book is to pour out the anointing of the Holy Spirit of the Latter Rain on the Lamps of the 7,000 sons of light, who were prepared as the righteous saints among God’s people during the last harvest, to illuminate the Lamps to all nations by waking them up during the dark age where sin prevails, and to restore the sisters and brothers who hunger and thirst for righteousness through comforting and healing.

Let us restore the churches of the nations of this era and pray together with a contrite spirit.

In the name of the Lord, I love each and every one of you, Shalom!